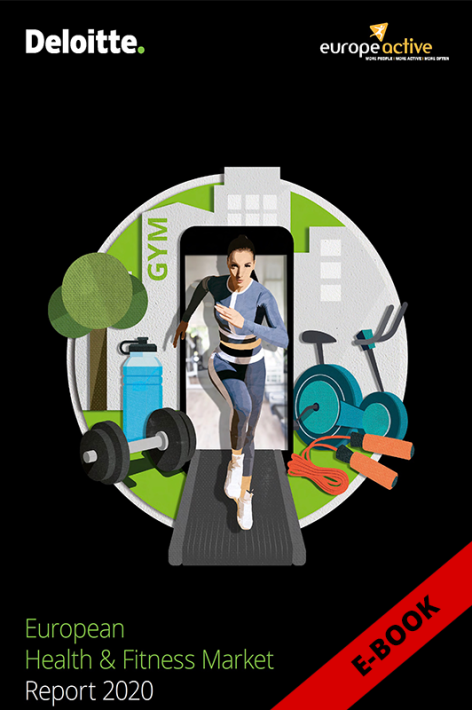 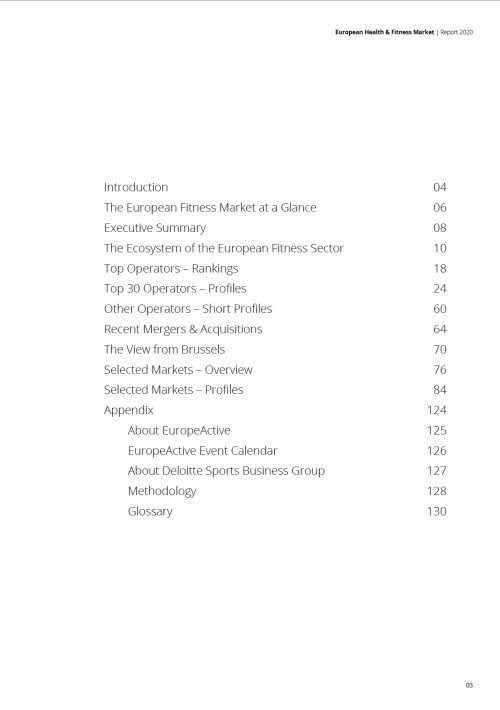 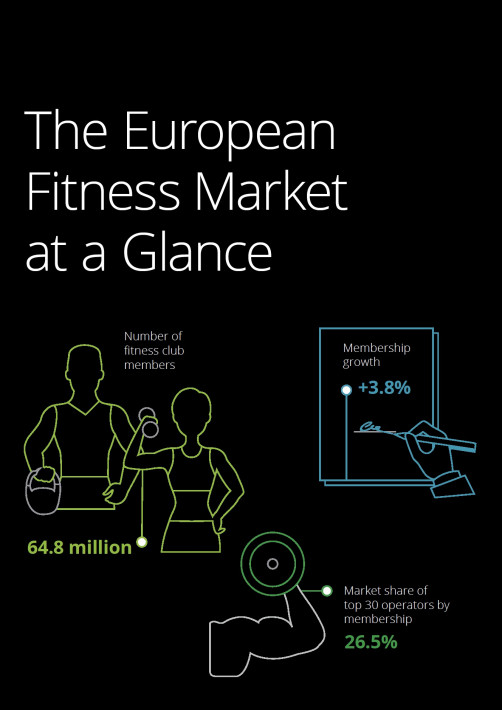 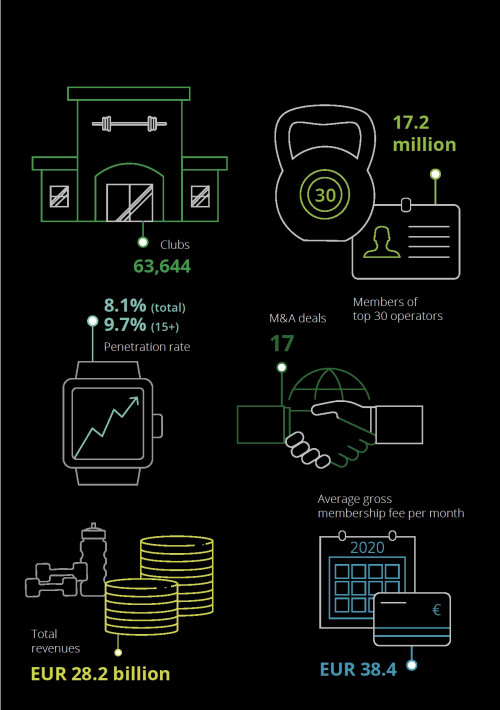 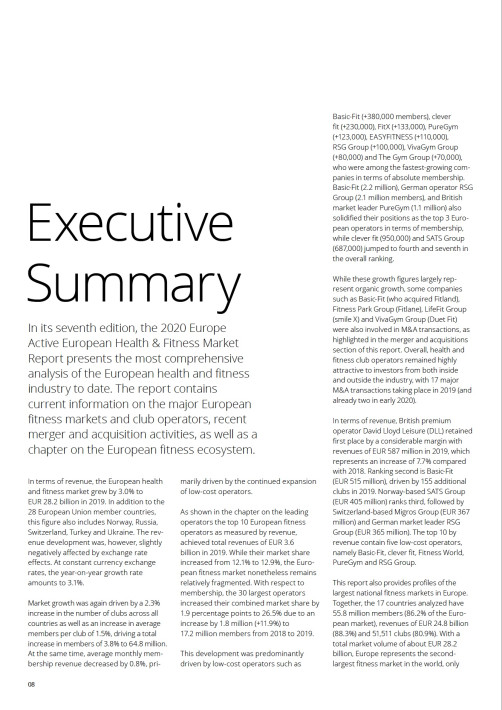 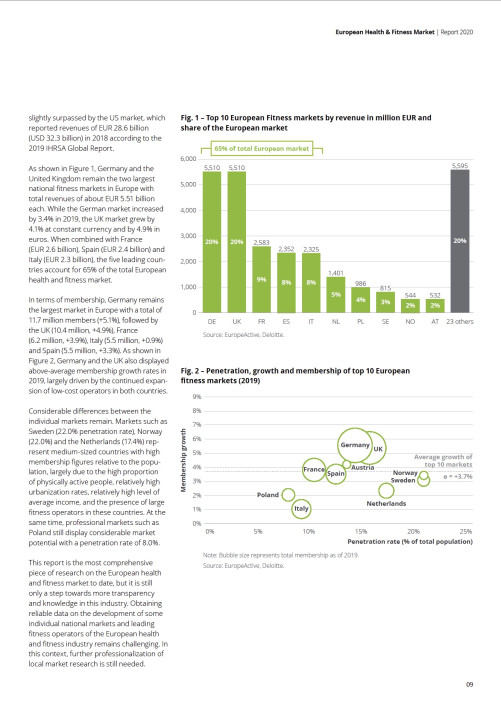 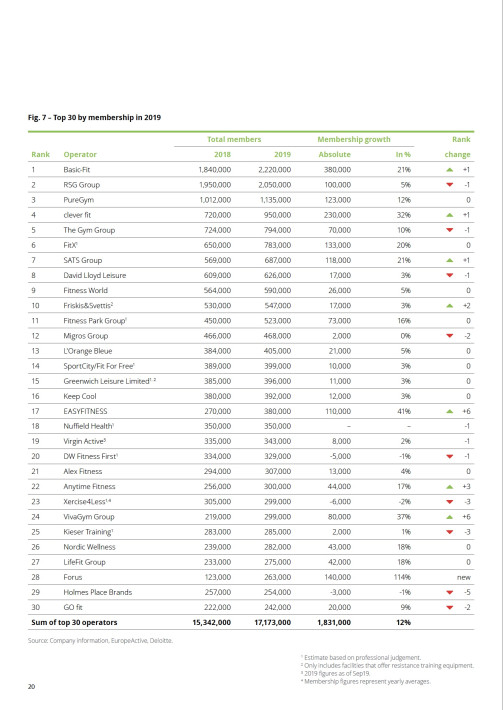 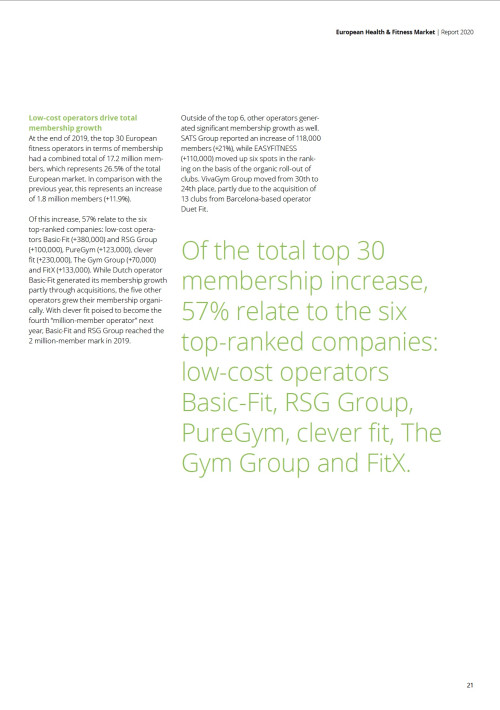 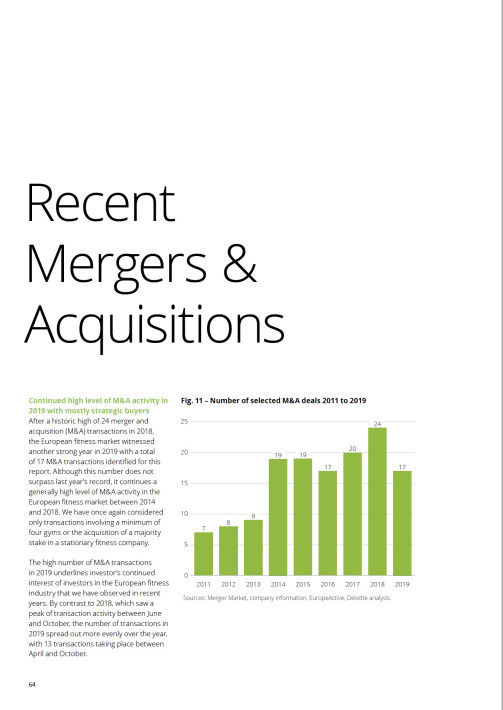 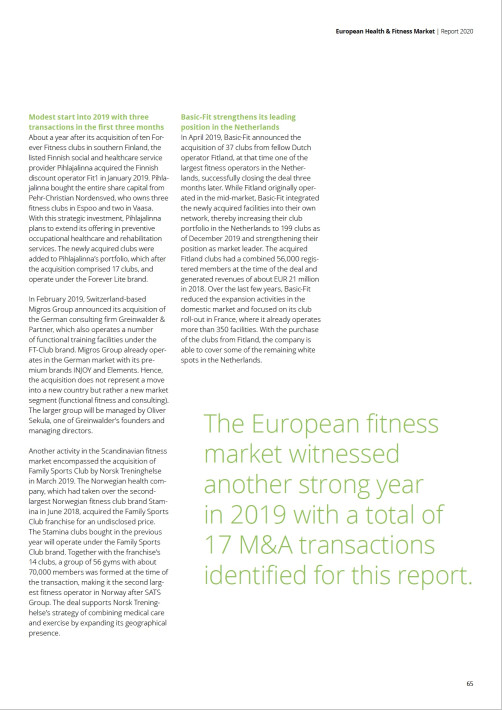 EuropeActive & Deloitte
€163
The European fitness market continues to grow! This Ebook version is the most comprehensive overview of the European market available and is the 7th edition. The report covers an analysis of overall market developments, trends in the health & fitness ecosystem, detailed overviews of 17 countries, detailed description of the top 30 operators, EU policy developments, detailed VAT on fitness overview and mergers and acquisitions.
add to cart
More information

European health and fitness club memberships grew by 3.8% to 64.8 million in 2019, strengthening fitness as the #1 sports activity in Europe.

Merger and acquisition activity was strong in 2019 with 17 major M&A transactions in the operator market identified for this report. According to the report, the European health and fitness market continued to grow strongly in 2019 as the total number of health and fitness club members increased by 3.8% to almost 65 million. In total, the sector welcomed 2.4 million new members.

With a membership growth of 5.1% to 11.7 million members, Germany strengthened its position as the country with the highest number of members ahead of the United Kingdom (10.4 million), France (6.2 million), Italy (5.5 million) and Spain (5.5 million).

In terms of market penetration, Norway and Sweden rank highest with 22.0% of the total population holding a fitness club membership. Other countries with high fitness club penetration include Denmark (18.9%), the Netherlands (17.4%), Finland (17.2%) and the UK (15.6 %).

Overall, 8.1% of the total European population were health or fitness club members, with a penetration rate of 9.7% for people aged 15 years and older. Thus, the high penetration rates in most Northern and Central European countries were partly offset by lower market penetration in many Southern and Eastern European fitness markets.

Herman Rutgers, EuropeActive Board member and co-author of the report, commented:

“2019 was another year of continued growth for the sector. It was good to see higher than average growth in the 3 largest markets. It was also interesting to observe strong growth in franchise concepts in both convenience clubs as well as boutiques. We remain confident to reach the industry goal of 80 million members by 2025, and possibly 100 million

The European Health & Fitness Market Report 2020, the 9th joint publication of EuropeActive and Deloitte, represents the most comprehensive report on the European health and fitness market and serves as a valuable source of information for industry stakeholders.

This report was made possible by the generous support of Basic-Fit, Exerp, GO fit, FIBO, IHRSA, Myzone, Technogym, YANGA Sports Water, and Virtuagym. 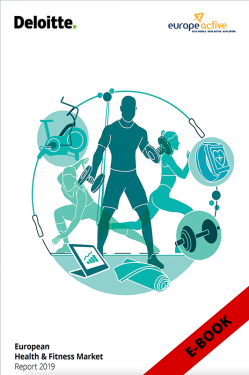 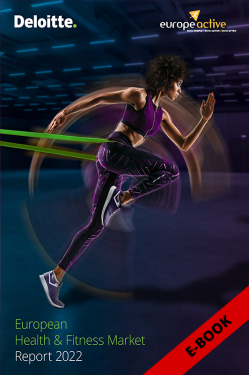 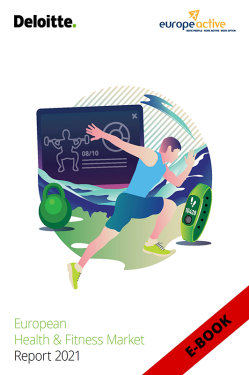